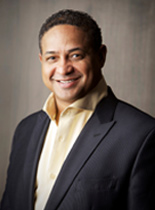 Roberto Clemente, Jr., or in the Spanish naming system Roberto Clemente Zabala, is a baseball broadcaster and former professional baseball player from San Juan, Puerto Rico. He was born in the Santurce barrio. His father, Roberto Clemente, was the first Latin American player to compile 3,000 hits in Major League Baseball history.

On December 31, 1972, Roberto Clemente was killed in a tragic plane crash while taking humanitarian aid to Nicaragua earthquake victims from his native island of Puerto Rico. Due to the fact that his father died at a young age, Roberto Jr. became the spokesperson for the family when his Mother Vera could not attend. Roberto Jr. was perhaps one of the youngest speakers in the history of Congress when he spoke about his Father’s dream of a Sports City, a place young and old would have to instruct them in sports but more importantly spend quality time with family and become good and involved citizens.

Clemente Jr. moved to Bradenton, Florida after graduating high school, to attend a community college. In 1984, he was spotted by a Philadelphia Phillies scout and signed by the organization, joining their division-A team in 1985, the same year in which he made his debut in the Puerto Rican winter baseball league with the Arecibo Wolves.

Due to knee injuries, his professional baseball career ended and he returned to Puerto Rico and helped his mother in her quest to make his Father’s dream a reality, the Roberto Clemente Sports City.

In 1996, Roberto Clemente Jr. launched his broadcasting career covering the New York Yankees for the MSG Network, Telemundo and Radio WADO-AM. From 1996 to 2007, Clemente Jr.’s broadcast resume includes hosting Major League Baseball’s Spanish version of MLB’s network television show, Baseball Max, serving as a baseball correspondent for ESPN Deportes Radio, being named the first Latin talk show personality in the history of WFAN-AM (NY), and hosting the Clemente Bridge on WPGB-FM in Pittsburgh. Roberto has served hundreds of charities boards, assisted in their fund raising efforts and has brought many celebrities to help. He is now a Partner with the New Hydrating Product Power Ice and also a Partner with Zap 911 that will change the way 911 is utilized today, becoming a video source forever. Roberto Clemente Jr. is still inspiring kids and adults alike with his great stories and motivational speeches.