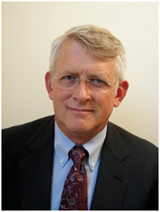 Dr. Bauer is an internationally recognized health futurist and medical economist. As an independent industry thought leader, he forecasts the evolution of health care and develops practical approaches to improving the medical sector of the American economy. He is widely known for his specific proposals to create efficient, effective health care through multi-stakeholder partnerships and other initiatives focused in the private sector.

Dr. Bauer has more than 275 publications on health care delivery. His latest books are Paradox and Imperatives in Health Care: Redirecting Reform for Efficiency and Effectiveness (2015) and Upgrading Leadership’s Crystal Ball: Five Reasons Why Forecasting Must Replace Predicting and How to Make the Strategic Change in Business and Public Policy (2014). Previous books include Statistical Analysis for Health Care Decision-Makers (CRC Press, 2009), Telemedicine and the Reinvention of Health Care: The Seventh Revolution in Medicine (McGraw-Hill, 1999). An updated 25th anniversary edition of his best seller, Not What the Doctor Ordered (McGraw-Hill, 1993, 1998), will be published in the fall (CRC Press, 2018).

As a consultant, he has assisted hundreds of provider, purchaser, and payer organizations with strategic planning and performance improvement initiatives. He served as Vice President for Health Care Forecasting and Strategy for ACS, a Xerox Company, from 1999 to 2010. His own consulting firm, The Bauer Group, specialized in consumer-focused strategic planning and clinical affiliation agreements for multihospital networks from 1984 to 1992.

In addition, Dr. Bauer was a full-time teacher and administrator at the University of Colorado Health Sciences Center in Denver from 1973 to 1984, where he held appointments as associate professor and Assistant Chancellor for Planning and Program Development. He also served for four years as Health Policy Adviser to Colorado Governor Richard D. Lamm. From 1992 to 1999, Dr. Bauer was a visiting professor in Administrative Medicine at the Medical School of the University of Wisconsin-Madison.

He received his Ph.D. in economics from the University of Colorado-Boulder. He graduated from Colorado College in Colorado Springs with a B.A. in economics and completed a certificate in political studies at the University of Paris (France). During his academic career, he was a Boettcher Scholar, a Ford Foundation Independent Scholar, a Fulbright Scholar (Switzerland), and a Kellogg Foundation National Fellow.

He is an honorary Fellow in the American Academy of Nurse Practitioners. Dr. Bauer lives in Madison, Wisconsin, where he spends his spare time painting (conceptual art in acrylics) and playing the viola da gamba (precursor to the cello).

Not What the Doctor Ordered

Not What the Doctor Ordered, opens the eyes of consumers, providers, and third party insurers to the vision of low cost, high quality alternative choices when it comes to delivering care.

Telemedicine and the Reinvention of Healthcare

Paradox and Imperatives in Health Care: How Efficiency, Effectiveness, and E-Transformation Can Conquer Waste and Optimize Quality

Most hospitals, health systems, and other provider organizations in the United States are facing real financial peril. Mounting receivables from high-deductible health plans, financially challenged consumers, continuing cuts in Medicare, and a precarious economic environment suggest that real health care revenue has peaked. With operating costs increasing and critical investments in infrastructure-both physical and virtual-not being made, health care providers must find new ways to survive. In their groundbreaking collaboration, Paradox and Imperatives in Health Care, award-winning authors Jeffrey C. Bauer and Mark Hagland explain why providers must draw upon internal resources to increase net revenue and provide the quality of care that payers and consumers are demanding. Through numerous case studies, the authors show how pioneering health care organizations are using performance improvement tools-including lean management, Six-Sigma, and the Toyota Production System-to produce excellent services as inexpensively as possible. This book challenges health care leaders to change their status quo mentality and to put their organizations on a positive path... while redirection is still possible.

Americans are bombarded with statistical data each and every day, and healthcare professionals are no exception. All segments of healthcare rely on data provided by insurance companies, consultants, research firms, and the federal government to help them make a host of decisions regarding the delivery of medical services. But while these health professionals rely on data, do they really make the best use of the information? Not if they fail to understand whether the assumptions behind the formulas generating the numbers make sense. Not if they don't understand that the world of healthcare is flooded with inaccurate, misleading, and even dangerous statistics. Statistical Analysis for Decision Makers in Healthcare: Understanding and Evaluating Critical Information in a Competitive Market, Second Edition explains the fundamental concepts of statistics, as well as their common uses and misuses. Without jargon or mathematical formulas, nationally renowned healthcare expert and author, Jeff Bauer, presents a clear verbal and visual explanation of what statistics really do. He provides a practical discussion of scientific methods and data to show why statistics should never be allowed to compensate for bad science or bad data. Relying on real-world examples, Dr. Bauer stresses a conceptual understanding that empowers readers to apply a scientifically rigorous approach to the evaluation of data. With the tools he supplies, you will learn how to dismantle statistical evidence that goes against common sense. Easy to understand, practical, and even entertaining, this is the book you wish you had when you took statistics in college - and the one you are now glad to have to defend yourself against the abundance of bad studies and misinformation that might otherwise corrupt your decisions.

Upgrading Leadership's Crystal Ball: Five Reasons Why Forecasting Must Replace Predicting and How to Make the Strategic Change in Business and Public Policy

Clearly, concisely, and with many examples from public and private enterprise, Upgrading Leadership's Crystal Ball shows why predictions are usually wrong and presents a better way to look at the future-forecasting. This book is essential-reading for anyone who needs to make the best possible strategic decisions for moving an organization forward in today's rapidly changing environment. Dr. Bauer supplies an insightful comparison of the two mainstream approaches for looking ahead. Although predicting and forecasting are usually used as synonyms for a single process, they are conceptually and methodologically quite different. He explains why everyday failure to operationalize these differences robs us of power to envision and pursue good futures, especially when we are headed in the wrong direction. Readers will learn the real-world value of distinguishing between predicting (extrapolating historical trends) and forecasting (estimating the probabilities of possibilities). Following a description of predictive modeling and a discussion of five reasons why it fails so often in current applications, Dr. Bauer explains the superiority of forecasting and how to do it. To complete readers' understanding of the many compelling reasons for making the shift from predicting to forecasting, Upgrading Leadership's Crystal Ball presents a practical approach to strategic planning in unpredictable times. It concludes with an analysis of the future of big data and its likely impact on the future. Dr. Bauer is uniquely qualified to write this important book; he is trained in both predicting (economics) and forecasting (meteorology). Author of more than 250 publications, he is internationally recognized not only for long-term success in foretelling the future of medical science and health care, but also for successful innovations to create a better delivery system. This book distills the lessons garnered over his 40 year career as economist and futurist into a guide that other leaders can use to avoid problems and create better options in any realm.