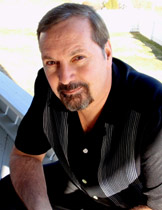 Who is the comedian/writer/actor that the Los Angeles Times calls “…quite likely the funniest entertainer you’ve never heard of…yet”?

Paul Murphy spent over ten years as an assistant district attorney supervising several of Massachusetts’ busiest courthouses before becoming a successful criminal-defense trial attorney. The unexpected twist to this story is that, under the pseudonym Paul D’Angelo, Paul was simultaneously becoming one of the nation’s top stand-up comedians.

Paul co-starred in the stand-up comedy movie, ‘The Godfathers of Comedy,’ on Showtime.

Stories I Tell: A Comic's Random Attempts to Make Some Sense Out of Nonsense

Paul Murphy spent eleven years as an Essex County, Massachusetts Assistant District Attorney, supervising several of the Commonwealth's busiest district courthouses, before building a reputation as a noted criminal-defense trial attorney. The unexpected twist to this story is that, at the same time, under the pseudonym of Paul D'Angelo, Paul was simultaneously becoming one of the nation's top stand-up comedians with appearances at venues from Boston, to New York, to Vegas, the West Coast and a great deal of stops in between. The Los Angeles Times once called comedian D'Angelo "quite likely the funniest entertainer you've never heard of...yet." Known as a prolific creator of intelligent, introspective and reflective humor that everyone can relate to…men and women, young and old, blue or white collar...there are still numerous comedy routines, funny stories and anecdotes that Paul rarely gets an opportunity to share with his live audiences. D'Angelo's book, Stories I Tell: A Comic's Random Attempts to Make Some Sense Out of Nonsense, presents many of these comedic treasures in a random collection of entertaining musings, which range in subject matter from hilarious courtroom stories, to the dilemma facing an unhappy Eva Braun as she contemplates breaking-up with Hitler; from a stand-up comic's life in Hollywood, to being attacked by a Great White Shark in his own waterbed; and from satirical commentary on contemporary society, to Paul's awkward attempts at conversation while having lunch with Jesus. D'Angelo's constantly evolving and diverse selection of original material takes normal everyday experiences and spins them into hilarious yarns. It's a fun, easy read with unique observations and down to earth stop-and-think humor.