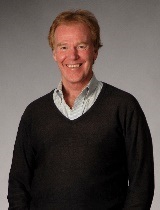 Peter M. Senge is a senior lecturer at the Massachusetts Institute of Technology. He is also founding chair of the Society for Organizational Learning (SoL), a global community of corporations, researchers, and consultants dedicated to the “interdependent development of people and their institutions.” He is the author of the widely acclaimed book, The Fifth Discipline: The Art and Practice of The Learning Organization (1990, revised edition published 2006) and, with colleagues Charlotte Roberts, Rick Ross, Bryan Smith and Art Kleiner, co-author of The Fifth Discipline Fieldbook: Strategies and Tools for Building a Learning Organization (1994) and a fieldbook The Dance of Change: The Challenges to Sustaining Momentum in Learning Organizations (March, 1999), also co-authored by George Roth. In September 2000, a fieldbook on education was published, the award winning Schools That Learn: A Fifth Discipline Fieldbook for Educators, Parents, and Everyone Who Cares About Education, co-authored with Nelda Cambron-McCabe, Timothy Lucas, Bryan Smith, Janis Dutton, and Art Kleiner. Presence: Human Purpose and the Field of the Future, co-authored with Claus Otto Scharmer, Joseph Jaworski and Betty Sue Flowers, was published in 2004. Dr. Senge’s latest book, The Necessary Revolution, co-authored with Bryan Smith, Nina Kruschwitz, Joe Laur and Sara Schley was released June, 2008.

Dr. Senge has lectured extensively throughout the world, translating the abstract ideas of systems theory into tools for better understanding of economic and organizational change. His areas of special interest focus on decentralizing the role of leadership in organizations so as to enhance the capacity of all people to work productively toward common goals. Dr. Senge’s work articulates a cornerstone position of human values in the workplace; namely, that vision, purpose, reflectiveness, and systems thinking are essential if organizations are to realize their potentials. He has worked with leaders in business, education, health care and government.

The Fifth Discipline hit a nerve deep within the business and education community by introducing the theory of learning organizations. Since its publication, more than two million copies have been sold world-wide. In 1997, Harvard Business Review identified it as one of the seminal management books of the past 75 years. There have been feature articles in Business Week, Fortune , Fast Company, Sloan Management Review and other leading business periodicals regarding the work of Dr. Senge and his colleagues at MIT and SoL.

The Fifth Discipline Fieldbook (over 400,000 copies sold) was developed in response to questions from readers of The Fifth Discipline who wanted more help with tools, methods and practical experiences in developing enhanced learning capabilities within their own companies. The Dance of Change is based on more recent experiences of companies developing learning capabilities over many years, and the strategies leaders develop to deal with the many challenges this work entails. Dr. Senge has also authored many articles published in both academic journals and the business press on systems thinking in management.

The Journal of Business Strategy (September/October 1999) named Dr. Senge as one of the 24 people who had the greatest influence on business strategy over the last 100 years. The Financial Times (2000) named him as one of the world’s “top management gurus.” Business Week (October 2001) rated him as one of The Top (ten) Management Gurus. In 2008, Dr. Senge was named by the Wall Street Journal among the top 20 most influential business thinkers.

Peter Senge received a B.S. in engineering from Stanford University, an M.S. in social systems modeling and Ph.D. in management from MIT. He lives with his wife and their two children in central Massachusetts.

The Fifth Discipline: The Art & Practice of The Learning Organization

The Fifth Discipline is based on fifteen years of experience in putting the book’s ideas into practice. As Senge makes clear, in the long run the only sustainable competitive advantage is your organization’s ability to learn faster than the competition. The leadership stories in the book demonstrate the many ways that the core ideas in The Fifth Discipline, many of which seemed radical when first published in 1990, have become deeply integrated into people’s ways of seeing the world and their managerial practices. Mastering the disciplines Senge outlines in the book will: • Reignite the spark of genuine learning driven by people focused on what truly matters to them • Bridge teamwork into macro-creativity • Free you of confining assumptions and mindsets • Teach you to see the forest and the trees • End the struggle between work and personal time

Leading in a Time of Change: What It Will Take to Lead Tomorrow, Viewer's Workbook

The Drucker Foundation presents you with a conversation between Peter F. Drucker and Peter M. Senge, hosted by Frances Hesselbein. In this dynamic package, these two great minds of modern management share their wisdom on how leaders can prepare themselves and their organizations for the inevitable changes that lie ahead. Witness a remarkable discussion between Drucker and Senge as they talk about the importance of all organizations learning to lead change. Using the principles presented in this stimulating video, you can help transform yourself and your organization into a change leader. In addition, the companion workbook will be an invaluable aid in making strategic decisions. It serves as a fundamental resource for planning and implementing changes within your organization. This extraordinary package is an ideal tool for executive retreats, management training, or personal leadership development.

The Dance of Change: The Challenges to Sustaining Momentum in Learning Organizations

This book identifies universal challenges that organizations ultimately find themselves confronting, including the challenge of "Fear and Anxiety"; the need to diffuse learning across organizational boundaries; the ways in which assumptions built in to corporate measurement systems can handcuff learning initiatives; and the almost unavoidable misunderstandings between "true believers" and nonbelievers in a company. Filled with individual and team exercises, in-depth accounts of sustaining learning initiatives by managers and leaders in the field, and well-tested practical advice, The Dance of Change provides an insider's perspective on implementing learning and change initiatives at such corporations as British Petroleum, Chrysler, Dupont, Ford, General Electric, Harley-Davidson, Hewlett-Packard, Mitsubishi Electric, Royal DutchShell, Shell Oil Company, Toyota, the United States Army, and Xerox. It offers crucial advice for line-level managers, executive leaders, internal networkers, educators, and others who are struggling to put change initiatives into practice.