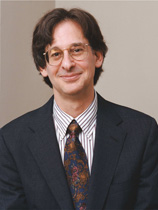 Alfie Kohn writes and speaks widely on human behavior, education, and parenting. The latest of his eleven books are THE HOMEWORK MYTH: Why Our Kids Get Too Much of a Bad Thing (2006) and UNCONDITIONAL PARENTING: Moving from Rewards and Punishments to Love and Reason (2005). Of his earlier titles, the best known are PUNISHED BY REWARDS: The Trouble with Gold Stars, Incentive Plans, A’s, Praise, and Other Bribes (1993), NO CONTEST: The Case Against Competition (1986), and THE SCHOOLS OUR CHILDREN DESERVE: Moving Beyond Traditional Classrooms and “Tougher Standards” (1999).

Alfie Kohn has been described in Time magazine as “perhaps the country’s most outspoken critic of education’s fixation on grades [and] test scores.” His criticisms of competition and rewards have helped to shape the thinking of educators — as well as parents and managers — across the country and abroad. Kohn has been featured on hundreds of TV and radio programs, including the “Today” show and two appearances on “Oprah”; he has been profiled in the Washington Post and the Los Angeles Times, while his work has been described and debated in many other leading publications.

Alfie Kohn lectures widely at universities and to school faculties, parent groups, and corporations. In addition to speaking at staff development seminars and keynoting national education conferences on a regular basis, he conducts workshops for teachers and administrators on various topics. Among them: “Motivation from the Inside Out: Rethinking Rewards, Assessment, and Learning” and “Beyond Bribes and Threats: Realistic Alternatives to Controlling Students’ Behavior.” The latter corresponds to his book BEYOND DISCIPLINE: From Compliance to Community (ASCD, 1996), which he describes as “a modest attempt to overthrow the entire field of classroom management.”

Kohn’s various books have been translated into Chinese, Japanese, Korean, Spanish, German, Swedish, Dutch, Portuguese, Hebrew, Thai, Malaysian, and Italian. He has also contributed to publications ranging from the Journal of Education to Ladies Home Journal, and from the Nation to the Harvard Business Review (“Why Incentive Plans Cannot Work”). His efforts to make research in human behavior accessible to a general audience have also been published in the Atlantic Monthly, Parents, and Psychology Today.

The Homework Myth: Why Our Kids Get Too Much of a Bad Thing

In The Homework Myth, nationally known educator and parenting expert Alfie Kohn challenges the usual defenses of homework and shows that none of our assumptions about its benefits actually passes the test of research, logic, or experience. So why do we continue to administer this modern cod liver oil--or even demand a larger dose? Kohn's incisive analysis reveals how a set of misconceptions about learning and a misguided focus on competitiveness has left our kids with less free time, and our families with more conflict. Pointing to stories of parents who have fought back--and schools that have proved educational excellence is possible without homework--Kohn demonstrates how we can rethink what happens during and after school in order to rescue our families and our children's love of learning.

Unconditional Parenting: Moving from Rewards and Punishments to Love and Reason

Most parenting guides begin with the question "How can we get kids to do what they're told?" and then proceed to offer various techniques for controlling them. In this truly groundbreaking book, nationally respected educator Alfie Kohn begins instead by asking, "What do kids need -- and how can we meet those needs?" What follows from that question are ideas for working with children rather than doing things to them. One basic need all children have, Kohn argues, is to be loved unconditionally, to know that they will be accepted even if they screw up or fall short. Yet conventional approaches to parenting such as punishments (including "time-outs"), rewards (including positive reinforcement), and other forms of control teach children that they are loved only when they please us or impress us. Kohn cites a body of powerful, and largely unknown, research detailing the damage caused by leading children to believe they must earn our approval. That's precisely the message children derive from common discipline techniques, even though it's not the message most parents intend to send. More than just another book about discipline, though, Unconditional Parenting addresses the ways parents think about, feel about, and act with their children. It invites them to question their most basic assumptions about raising kids while offering a wealth of practical strategies for shifting from "doing to" to "working with" parenting -- including how to replace praise with the unconditional support that children need to grow into healthy, caring, responsible people. This is an eye-opening, paradigm-shattering book that will reconnect readers to their own best instincts and inspire them to become better parents.

What Does it Mean to Be Well Educated? And Other Essays on Standards, Grading, and Other Follies

Few writers ask us to question our fundamental assumptions about education as provocatively as Alfie Kohn. Time magazine has called him "perhaps the country"s most outspoken critic of education"s fixation on grades [and] test scores." And the Washington Post says he is "the most energetic and charismatic figure standing in the way of a major federal effort to make standardized curriculums and tests a fact of life in every U.S. school." In this new collection of essays, Kohn takes on some of the most important and controversial topics in education of the last few years. His central focus is on the real goals of education—a topic, he argues, that we systematically ignore while lavishing attention on misguided models of learning and counterproductive techniques of motivation. The shift to talking about goals yields radical conclusions and wonderfully pungent essays that only Alfie Kohn could have written. From the title essay"s challenge to conventional, conservative definitions of a good education to essays on standards and testing and grades that tally the severe educational costs of overemphasizing a narrow conception of achievement, Kohn boldly builds on his earlier work and writes for a wide audience. Kohn's new book will be greeted with enthusiasm by his many readers and by any teacher or parent looking for a refreshing perspective on today"s debates about schools.

Punished By Rewards: The Trouble with Gold Stars, Incentive Plans, A's, Praise, and Other Bribes

The basic strategy we use for raising children, teaching students, and managing workers can be summarized in six words: Do this and you'll get that. We dangle goodies (from candy bars to sales commissions) in front of people in much the same way we train the family pet. Drawing on a wealth of psychological research, Alfie Kohn points the way to a more successful strategy based on working with people instead of doing things to them. "Do rewards motivate people?" asks Kohn. "Yes. They motivate people to get rewards." Seasoned with humor and familiar examples, Punished By Rewards presents an argument unsettling to hear but impossible to dismiss.

No Contest: The Case Against Competition

No Contest stands as the definitive critique of competition. Contrary to accepted wisdom, competition is not basic to human nature; it poisons our relationships and holds us back from doing our best. In this new edition, Alfie Kohn argues that the race to win turns all of us into losers. About the Author

The Schools Our Children Deserve: Moving Beyond Traditional Classrooms and "Tougher Standards"

In this "lively, provocative and well-researched book" (Theodore Sizer), AlÞe Kohn builds a powerful argument against the "back to basics" philosophy of teaching and simplistic demands to "raise the bar." Drawing on stories from real classrooms and extensive research, Kohn shows parents, educators, and others interested in the debate how schools can help students explore ideas rather than filling them with forgettable facts and preparing them for standardized tests. Here at last is a book that challenges the two dominant forces in American education: an aggressive nostalgia for traditional teaching ("If it was bad enough for me, it"s bad enough for my kids") and a heavy-handed push for Tougher Standards.