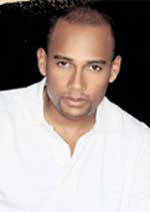 Hill Harper is an award-winning actor, bestselling author and philanthropist. Harper starred on the hit drama CSI: NY, HLN’s How It Really Happened with Hill Harper, and the award-winning series Homeland.  Harper continues his role as Dr. Marcus Andrews on 2018 fall’s No. 1 new drama series, ABC’s The Good Doctor. He can also be be seen in the Tupac Shakur biopic, All Eyez on Me.

Harper is the author of four New York Times bestsellers and has earned seven NAACP Image Awards for his writing and acting. Additionally, Harper founded The Manifest Your Destiny Foundation, which is dedicated to empowering underserved youth through mentorship, scholarship, and grant programs.

Harper currently serves on the President’s Cancer Panel, having been appointed by President Obama in 2011. Harper travels worldwide as a motivational speaker, addressing current affairs and life-awakening topics to a wide array of audiences of youth, adults, couples and business leaders. In 2014, People Magazine named him one of its “Sexiest Men Alive.”

The Conversation: How Men and Women Can Build Loving, Trusting Relationships

In his first book for adults, the New York Times bestselling author sparks honest dialogues between men and women, in the tradition of Steve Harvey's Act Like a Lady, Think Like a Man. Only 34 percent of African-American children today are raised in two- parent households, a sharp contrast to 1966, when 85 percent of black children were raised by two parents. In provocative but heartfelt words, Hill Harper takes on these urgent challenges, bringing a variety of issues out of the shadows. In The Conversation, Harper speaks to women and men with clear-eyed perspective, covering topics such as: *The roots of the breakdown in the black family *The myth that there are no mature, single, black male professionals *What women can do to alleviate the "heaviness" they sometimes attach to dating *What men can do to break the cycle of being a player *The difference between sex and intimacy *Bridging the communication gap *Self-worth and net worth, and why you should never settle for an unworthy partner Capturing the conversations Harper and his friends frequently have, this book is destined to be one of Harper's most healing contributions.

Letters to a Young Sister: DeFINE Your Destiny

Now in paperback: the New York Times bestselling book of inspirational advice and wisdom for young women from the powerhouse public speaker, star of CSI: NY, and bestselling author of Letters to a Young Brother * Does life sometimes seem so much harder for girls? * Do you ever feel insecure, pressured, or confused? * Do you wish you had someone to give you honest advice on topics like boys, school, family, and pursuing your dreams? * Do you want to make a positive impact on the world, but don't even know how to begin? In the follow-up to his award winning national bestseller, Letters to a Young Brother, actor and star of CSI: NY shares powerful wisdom for young women everywhere, drawing on the courageous advice of the female role models who transformed his life. Letters to a Young Sister unfolds as a series of letters written by older brother Hill to a universal young sister. She's up against the same challenges as every young woman: from relating to her parents and dealing with peer pressure, to juggling schoolwork and crushes and keeping faith in the face of heartache. Hill offers guidance, encouragement, personal stories, and asks his female friends to help answer some truly tough questions. Every young sister needs to know that it's okay to dream big and to deFINE her own destiny. This is a book that will educate, uplift and inspire. Including original contributions from: Michelle Obama * Angela Basset * Ciara * Tatyana Ali * Eve * Malinda Williams * Chanel Iman * Kim Porter * and many more.

Letters to a Young Brother: MANifest Your Destiny

Offering inspirational advice in a down-to-earth style, this unique compilation of letters provides wisdom, guidance, and heartfelt insight to help the reader chart their own path to success. Based on the author's motivational speaking at inner-city schools across the country, the letters deal with the tough issues that face young people today. Bombarded with messages from music and the media, Harper set out to dispel the stereotypical image of success that young people receive today and instead emphasizes alternative views of what it truly means to be a successful male, such as educational and community achievements and self-respect. Intended to provide this frequently regarded "lost generation" of young men with words of encouragement and guidance, Harper’s deep-rooted passion regarding the plight of today's youth drove him to write this book, sure to change the lives of readers for years to come.

Letters to an Incarcerated Brother

A powerful message from the heart, Letters to an Incarcerated Brother provides advice and inspiration in the face of despair along with encouraging words for restoring a sense of self-worth. As the founder of Manifest Your Destiny, a nonprofit outreach program for at-risk teens, Harper has seen firsthand the transformative effect of mentorship and the power of a positive role model. This latest addition to Hill Harper's Letters series delivers visionary, compassionate responses to the real-life circumstances of inmates. As with the other Letters books, Harper includes moving contributions from top educators, activists, thought leaders, and entertainers. Uplifting and insightful, Letters to an Incarcerated Brother provides the hope and inspiration inmates and their families need.