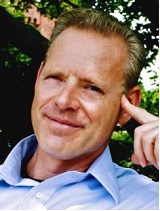 Award-winning Author, Film Maker and educational leader, Alan Blankstein served for 25 years as President of the HOPE Foundation, which he founded and whose honorary chair is Nobel Prize winner Archbishop Desmond Tutu. A former “high-risk” youth, Alan began his career in education as a music teacher. He worked for Phi Delta Kappa, March of Dimes, and Solution Tree, which he founded in 1987 and directed for 12 years while launching Professional Learning Communities beginning in the late 1980s. He is the author of the best-selling book Failure Is Not an Option: Six Principles That Guide Student Achievement in High-Performing Schools, which received the Book of the Year award from Learning Forward.

Alan is Senior Editor, lead contributor, and/or author of 18 books, including Excellence Through Equity with Pedro Noguera and Breakthrough Leadership with Marcus Newsome and Foreword by Pedro Noguera. He also authored articles in leading education print including Education Week, Educational Leadership, The Principal, and Executive Educator.

Alan has provided keynote presentations and workshops for virtually every major U.S. Ed Org, and throughout the UK, Africa, and the Middle East. Alan has served on the Harvard International Principals Centers advisory board, and the Jewish Child Care Agency, where he once was a youth in residence.

Breakthrough Leadership: Six Principles Guiding Schools Where Inequity Is Not an Option

This book was borne out of urgency. We face the consequences of a raging pandemic, coupled with an unprecedented call to end racial injustice. COVID-19 has exposed longstanding structural inequities, while at the same time offering a rare "breakthrough" opportunity to dismantle inequitable systems that have harmed our most marginalized students for generations. Breakthrough Leadership is rooted in moral courage and calls us to act upon a new discovery, or epiphany about a fundamental truth that challenges previous beliefs.

Excellence Through Equity: Five Principles of Courageous Leadership to Guide Achievement for Every Student

Courageous, inspiring examples of educational equity in action!
This illuminating book builds the case that equity is the most powerful means we have to lift all children to higher achievement and to benefit society at large. Readers will find:
Examples of high-leverage practices used by award-winning schools and districts System-level examples of excellence through equity including whole state and district-wide Examples of classroom level practice that lead to success for students from underserved populations as well as for their more privileged peers A powerful concluding chapter that focuses on what we can learn from other nations that have pursued the goals of educational equity

Failure Is Not an Option: 6 Principles for Making Student Success the Only Option.

Blankstein's details innovative strategies and case studies on how to improve schools so that failure is no longer an acceptable option for American youth.

The Answer Is in the Room: How Effective Schools Scale Up Student Success.

Award-winning author Alan Blankstein shares the results of his research with high-achieving schools and districts, providing insights for putting their methods into practice. He believes that we already know how to educate students, and encourages the empowerment of educators, parents, and policymakers to overcome barriers and apply this knowledge.

Alan is an engaging presenter with a highly relevant message. He connects to educators by sharing his personal story and by knowing his audience. I appreciated having the opportunity to speak with Alan about the key issues in our state so that he could tailor his remarks to hit home with our conference attendees.

One of the best keynote speakers I’ve heard.

This was the best and most highly rated leadership event we have ever had!

Alan Blankstein’s presentations are consistently relevant and inspiring to educators. His work addresses the most important issues facing schools in America today, and his approach is both practical and powerful.

Always an inspiring presenter, with a deep concern about equity and a host of ways to make it practical.