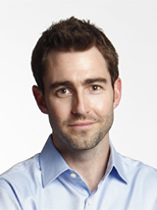 Ben is the founder and CEO of Change.org, the world’s largest platform for social change with more than 400 million users. Named one of Time’s 100 most influential people in the world, Fortune’s 40 Under 40 rising young business leaders, and Fast Company’s most creative people in business, Ben is a prominent thought leader on the intersection of technology, innovation, and social change. He has received the Commonwealth Club’s 21st Century Visionary Award, keynoted South by Southwest and Web Summit, and been profiled in dozens of news outlets including the New York Times, NPR, Washington Post, and CNN. Ben is a graduate of Stanford University and the London School of Economics, and Change.org is backed by investors such as Bill Gates, Richard Branson, Arianna Huffington, and the founders of Linkedin, eBay, Twitter, and Yahoo!.