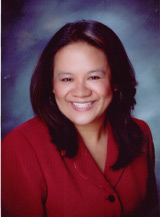 Christine Chen, the founding executive director from 2006-2008 has returned to APIAVote in January 2011 to serve as its current Interim Executive Director. During Chen‘s previous tenure she had strengthened and expanded APIAVote’s partners in various states. She also served as the national coordinator of the APIAVote Presidential Town Hall. In addition Christine Chen serves as President of Strategic Alliances USA, a consulting firm specializing in coalition building, institutional development, and partnerships among the corporate sector, government agencies, and the nonprofit and public sector.

Profiled by Newsweek magazine in 2001 as one of 15 women who will shape America’s new century, Chen served from from 2001 to 2005 as national executive director of the Organization of Chinese Americans (OCA), one of the leading APIA civil rights organizations in the country. Leading an organization with more than 80 chapters and affiliates across the nation, Christine Chen worked with OCA’s national board, executive council, chapter representatives, members and funders while managing a staff of 13.

Chen‘s accomplishments at OCA included: increasing funding levels by 35 percent; expanding the national office by creating a West Coast branch office in Los Angeles; and managing the development and transition of national office staff from five people to 13. Her dedication to empowering the next generation of leaders is demonstrated through her leadership in launching innovative student development and outreach programs such as APIAU: Leadership 101, which trained more than 3,500 students. By expanding the scholarship and internship programs, thousands of student leaders were provided opportunities to expand their career and educational goals.

Christine Chen is well-known by activists across the county. Her track record in building coalitions and working at the grassroots and national levels established her as one of the strongest voices in the APIA community. She has more than a decade of experience in organizing and advocating on issues such as immigration, hate crimes, affirmative action, census, racial profiling, voting rights, election reform and various derogatory and racist media incidents. Chen‘s role as a trusted coalition builder has her effectively building relationships with key Congressional offices including the Congressional Asian Pacific American Caucus, federal agencies and the administration.

Throughout the years with Chen‘s multitasking abilities, Chen also was a member of the executive committee of the Leadership Conference on Civil Rights. She also served on numerous boards such as the National Council of Asian Pacific Americans, Demos Board of Trustees, Conference on Asian Pacific American Leadership (CAPAL), Youth Vote, Gates Millennium Scholarship Advisory Council, advisory board for the Progressive Majority Racial Justice Campaign and the Board of Advisors for the Midwest Asian American Students Union, East Coast Asian American Students Union and the Asian Pacific American Medical Students Association. In 2003, Christine Chen was a founding member of the Asian and Pacific Islander American Scholarship Fund.