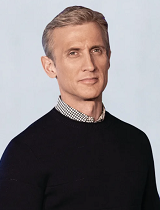 Dan is the founder of the Abrams Media Network, which includes Mediaite.com, The Law&Crime Network and LawandCrime.com, TheMarySue.com, AmboTV.com and created and sold Sportsgrid.com. He is also a best-selling author, the Chief Legal Affairs Anchor for ABC News, the host of the hit show LivePD on A&E Network, and host of SiriusXM radio show ​The Dan Abrams Show: Where Politics Meets The Law. Previously, Dan served as the General Manager of MSNBC where he defined the network as “The Place for Politics”. During his tenure, the network saw its most significant ratings and profit gains to date. He also hosted “The Abrams Report”, a nightly legal affairs program, and the acclaimed “Verdict with Dan Abrams”. Additionally, and most recently, he was the co-anchor of “Nightline” on ABC News.​ His latest book, Theodore Roosevelt for the Defense: The Courtroom Battle to Save His Legacy, became an immediate New York Times bestseller on release in May, 2019.

Man Down: Proof Beyond A Reasonable Doubt That Women Are Better Cops, Drivers, Gamblers, Spies, World Leaders, Beer Tasters, Hedge Fund Managers, And Just About Everything Else

Ladies and gentlemen of the jury, everyone is familiar with the tired clich's: women are bad drivers and are not good with money; only guys play video games and they give bad directions. Dan Abrams tackles the toughest case of his career in Man Down. Drawing on years of legal experience and research studies, Abrams explains step-by-step why women are better than men in just about every way imaginable, from managing money to flying planes to living longer. Abrams uses his trademark charm to get his point across without opining on the issue himself. Chock-full of fun facts and conversation starters, this book may not end the debate of men versus women, but it will definitely make it more interesting.