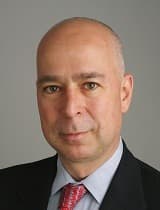 A graduate of Yale College and Yale Law School, Liptak practiced law at a large New York City law firm and in the legal department of The New York Times Company before joining the paper’s news staff in 2002.

Liptak was a finalist for the Pulitzer Prize in explanatory reporting in 2009 for “American Exception,” a series of articles examining ways in which the American legal system differs from those of other developed nations. He received the 2010 Scripps Howard Award for Washington reporting for a five-part series on the Roberts Court.

He is the author of “To Have and Uphold: The Supreme Court and the Battle for Same-Sex Marriage.”

His journalism has appeared in The New Yorker, Vanity Fair, Business Week and Rolling Stone, and he has published articles in The Arizona Law Review, The Michigan Law Review and The New York University Annual Survey of American Law.