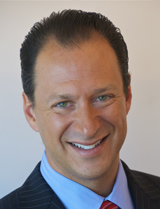 ROBERT SICILIANO, CSP, the #1 Best Selling Amazon.com author and CEO, may get your attention with his fun engaging tone and approachable personality—but he is serious about teaching you and your audience fraud prevention and personal security. Robert is a security expert and private investigator fiercely committed to informing, educating and empowering people so they can protect themselves and their loved ones from violence and crime in their everyday lives, both in their physical and virtual interactions. Robert, a Certified Speaking Professional with a “tell it like it is” style, is a favorite source for dozens of major media outlets, leading corporations and organizations looking for the straight talk they need to stay safe in a world in which physical and virtual crime is commonplace. Robert is accessible, professional, and ready to weigh in and comment with down-to-earth insights at a moment’s notice on breaking news that affects us all.

When the internet was still coming of age, Robert’s startup security company’s financial holdings were under attack by cybercriminals, and he lost thousands of dollars due to credit card fraud. In becoming one of the earliest victims of internet crime, Robert gained the knowledge and experience to teach others how they can position and protect not only their companies but also themselves from falling prey to internet thieves. His years of experience, combined with extensive study, have allowed him to become one of the nation’s most well-respected and trusted experts on cybercrime. He has worked with such companies as ExxonMobil, Intel, McAfee, MasterCard, Morgan Stanley, Merrill Lynch, KPMG, MIT, Transamerica and UPS, and almost every major media outlet has turned to him for information on identity theft, internet safety, crime prevention and security.

Robert works with both private and public businesses and he teaches clients how to keep their money, privacy and data secure against acts of fraud, identity theft, corporate espionage, and purposeful or accidental exposure of private information—all acts that cost companies billions nationwide.

Robert lives in Boston with his wife and daughters. When not spending time with his family or educating audiences about safety, he enjoys long-distance runs (he is a seven-time Boston Marathoner) an avid mariner (he’s a Flotilla Staff Officer with the United States Coast Guard Auxiliary) and rides a purple 1987 Harley-Davidson Low Rider—with a helmet to preserve his own safety, of course.

Research shows that identity theft is the fastest growing crime in the country, affecting anywhere from 10 to 13 million Americans each year, and resulting in the loss of as much as a trillion dollars in individual and business assets to fraud. Robert Siciliano describes identity theft as a perfect crime in that it is “the easiest crime to commit and the hardest crime to get caught for.” While most people simply assume identity theft affects individuals and not businesses, that assumption couldn’t be further from the truth. If you are not actively attempting to defend your business against the breach of corporate data and identity theft, you’re a victim waiting to be ripped off—and you need his expertise, now.

Robert is known throughout the country as an expert in identity theft and data breaches in the corporate world. Many members of his audience only realize the value of data protection when they themselves are ripped off or their identity compromised, but he is focused on helping companies take the steps necessary to protect their data from theft without the pain of personal experience. As a bonus, employees can easily apply much of the knowledge that he provides to their personal lives.

Because of the amount of media Robert does and being an expert, he’s had the opportunity to hobnob with some of the biggest names in the world, these are some of the people Robert knows or has met and the circles he runs in including … Carlos Arredondo, he was the cowboy that saved Jeff Bauman, whose legs were destroyed in the Boston Marathon bombing, which Robert ran in (and was right there at the second bomb), Jake Gyllenhaal played Jeff in the movie “Stronger”. Robert’s also met with Montel Williams, Howard Stern, Fox News Neil Cavuto, Rock Star Billy Idol, Rudy Giuliani, Mario Lopez, John Stossel, Evander Holyfield, Steve Forbes, Mike Dukakis, Black Panther Star Chadwick Boseman, Alan Dershowitz, Maria Menounos and Tyra Banks.

The Safety Minute : 01: How to Be Safe in the Streets, at Home, and Abroad So You Can Save Your Life!

You can protect yourself! You have all the ingredients to protect yourself in an assault. This book is your recipe. Discover: 10 Types of Personal Security: Become the master of your family's security on the streets, in your car, at home, traveling, in airports, in hotels, on public transit, using the telephone, and dating. • 10 Laws of Survival: Know how to be in control of your fear, anger, aggressiveness, submissiveness, decisiveness, alertness, assertiveness, body language, voice, and eye contact. Most important, learn to trust your intuition. • 10 Fundamentals of Self-Defense: Learn the actual methods, techniques, and strategies that have proven to work by some of the best martial artists, barroom bouncers, and street-wise survivors on earth! • Personal Security Products: Millions of dollars of security products are sold every day that don't even work! Learn firsthand the pros and cons of lethal (guns & knives) and non-lethal (sprays & alarms) protection products.

The Safety Minute: Living on High Alert; How to Take Control of Your Personal Security and Prevent Fraud

10 Types of Personal Security: In a post 9/11 world, become the master of your business and personal security at home or traveling here and abroad. Learn fundamentals of internet safety, prevent identity theft and fraud.