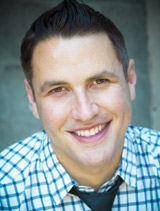 In 2015, Jared was featured in Hillary Clinton’s historic presidential campaign launch video, which received more than 10 million views worldwide. He subsequently appeared in dozens of major media outlets, including The New York Times, BBC, MSNBC, The Guardian, and TIME, and has served as a national surrogate for Secretary Clinton’s presidential campaign. He has been invited to speak at the Democratic National Convention in July 2016 in front of millions of viewers.

An alum of The Second City Chicago and an accomplished actor with numerous roles on television and film, Jared recently founded A Show For A Change Productions to create compelling original content that empowers young people and addresses pressing social issues. A Show For A Change’s first project, Hurry Up and Wait, is a Millennial web series about young people making a difference. The series includes an award-winning creative team that has worked at major studios and collaborated with Al Pacino, Idris Elba, Tim Robbins, Kal Penn, and many others. The project has received widespread development interest in Hollywood.

In addition to being a rising content creator, Jared is a writer. He recently completed his first book, a witty self-help piece entitled, How To Get (Gay) Married: A User’s Guide. Jared has also written a feature film with a prominent collaborator whose films have grossed more than $400 million worldwide.

Having led community service projects all over the country, on Native American reservations and in cities and towns large and small, Jared has worked in eight states and traveled to five continents. In Botswana, Kenya, India, and Ecuador, Jared facilitated groundbreaking veterinary service projects, educating agrarian communities about animal husbandry and environmental stewardship.

Jared earned his Juris Doctor degree from Northeastern University School of Law, where he received numerous scholarships and was selected for a prestigious legal internship in the U.S. Court of Appeals For The First Circuit. He earned a graduate degree from Tufts University, where he was awarded the Presidential Award for Citizenship and Public Service, and he graduated with highest honors from North Carolina State University, where he was awarded the prestigious General Hugh Shelton Leadership Award of Excellence as well as the Caldwell Fellowship, and delivered the Student Commencement Address for more than 10,000 people and their families.

He resides in Southern California with his husband, Nate, and their adopted dog, Cooper.