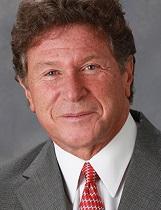 Over the past 35+ years, Dr. Ken Dychtwald has emerged as North America’s foremost visionary and original thinker regarding the lifestyle, marketing, health care, and workforce implications of the age wave.

Ken is a psychologist, gerontologist, and best-selling author of 16 books on aging-related issues, including Bodymind; Age Wave: The Challenges and Opportunities of an Aging Society; Age Power: How the 21st Century Will Be Ruled by the New Old; The Power Years: A User’s Guide to the Rest of Your Life; Healthy Aging; Workforce Crisis: How to Beat the Coming Shortage of Skills and Talent; Gideon’s Dream: A Tale of New Beginnings and, most recently, A New Purpose: Redefining Money, Family, Work, Retirement, and Success. He is currently writing a new book, Destiny Knocks: Lessons From an Irregular Life. He was the executive producer and host of the highly rated/acclaimed PBS documentary, The Boomer Century: 1946–2046.

Since 1986, Ken has been the founding President and CEO of Age Wave, a firm created to guide companies and government groups in product/service development for boomers and mature adults. His client list has included over half the Fortune 500, and his explorations and innovative solutions have fertilized and catalyzed a broad spectrum of industry sectors—from pharmaceuticals and medical devices, to automotive design and retail merchandising, to financial planning and health insurance.

He has served as a fellow of the World Economic Forum, and was a featured speaker at two White House Conferences on Aging. Ken has twice received the distinguished American Society on Aging Award for outstanding national leadership, and American Demographics honored him as the single most influential marketer to baby boomers over the past quarter century. His article in the Harvard Business Review, “It’s Time to Retire Retirement,” was awarded the prestigious McKinsey Award, tying for first place with the legendary Peter Drucker. PBS Next Avenue named him a 2016 Influencer in Aging for his work pushing beyond traditional boundaries and changing our understanding of what it means to grow older. Ken was recently honored by Investment Advisor as one of the 35 most influential thought leaders in the financial services industry over the past 35 years. Ken and his wife, Maddy, just received the Esalen Prize for their outstanding contributions to advancing the human potential of aging men and women worldwide. He was also awarded the Inspire Award from in the International Council on Active Aging for his exceptional and lasting contributions to the active-aging industry and for his efforts to make a difference in the lives of older adults globally.

In addition to his role at Age Wave, he is deeply involved in numerous activities for the public good including the Alzheimer’s XPRIZE which he co-envisioned with XPRIZE Founder Dr. Peter Diamandis in 2012. The Alzheimer’s XPRIZE team is now preparing to globally crowdsource a new 21st century approach to ending Alzheimer’s disease.

Through his highly acclaimed presentations, his breakthrough research and consulting initiatives, and his leadership within both the social science and business communities, Ken Dychtwald has dedicated his life to battling ageist stereotypes while promoting a new, vital, and purposeful role for life’s second half. Ken and his wife Maddy live in the San Francisco Bay Area.

With Purpose: Going from Success to Significance in Work and Life

With Purpose challenges readers with a paradigm shifting view of what matters most in the second half of life, redefining the way America views success, employment, retirement, and living a significant life. For more and more people, it's about making things better and about improving the world-large or small-in a lasting way. It's about changing the community, the nation, the political landscape, and the environment. With Purpose focuses on why readers should commit to having a lasting impact on the world and how they can do it. Ken Dychtwald addresses finances, locations, and realities of life, and includes inspiring stories of people who have made a difference while providing the resources to enable the reader to do the same. Men and women will identify their strengths, become inspired, and find themselves galvanized into action.

"A truly charming, touching and uplifting children’s book that parents will also love. As times change, we look for the myths that speak to us now. Gideon’s Dream has the feel of a classic already. It is a beautiful story told for our time and our family loved it!" -- Jack Canfield

The Power Years: A User's Guide to the Rest of Your Life

The Power Years is your step-by-step guide to empowerment and personal reinvention after forty. In this unique guidebook, world-renowned psychologist and leading authority on aging Ken Dychtwald and award-winning journalist Daniel J. Kadlec combine their decades of cutting-edge research and reporting to reveal how you can make the Power Years the best years of your life—by far. As we baby boomers move into the next stage of life, we now have the opportunity to experience a mold-shattering period of reinvention and personal growth, career liberation, nourishing relationships, and financial freedom. The Power Years helps us envision and embrace this new chapter of life as we develop a carefully thought-out plan for personal fulfillment.

Through Dychtwald's engaging, experiential narrative, the reader is drawn into an illuminating journey toward higher self-awareness with practical applications in everyday life. Articulating the complex relationship between body type, personality, and experience, Dychtwald suggests methods for obtaining deeper self-knowledge of physical, emotional, and sexual makeup, and relates techniques for releasing repressed feelings, as well as self-healing and increased energy.

Workforce Crisis: How to Beat the Coming Shortage of Skills And Talent

Within the decade, as the massive boomer generation begins to retire and fewer skilled workers are available to replace them, companies in industrialized markets will face a labor shortage and brain drain of dramatic proportions. Ken Dychtwald, Tamara Erickson, and Robert Morison argue that companies ignore these shifts at great peril. Survival will depend on redefining retirement and transforming management and human resource practices to attract, accommodate, and retain workers of all ages and backgrounds.