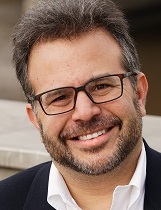 Chris is the 2014 winner of the McGraw Prize in Education. In 2019, the National Association of Secondary School Principals recognized Chris as the Digital Principal of the Year. During 2016 and 2017, Chris served on Scholastic’s National Advisory Council. Chris was recognized by the Philly Geek Awards for being the 2016 Mission Leader of the Year. In June 2013, Chris was named Outstanding Leader of the Year by the International Society of Technology in Education. In November of 2012, Chris was named one of Dell’s #Inspire100 – one of the 100 people changing the world using Social Media. In April of 2012, Chris won the Lindback Award for Excellence in Principal Leadership in the School District of Philadelphia. In September of 2011, Chris was honored by the White House as a Champion of Change for his work in education reform. In June 2010, Chris was named as one of the “30 Most Influential People in EdTech” by Technology & Learning Magazine. In 2009, Chris was an honoree for the Association of Supervision and Curriculum Development’s Outstanding Young Educator Award. Chris was named as one of “40 Under 40” by Philadelphia Business Journal in 2009. In 2006, the National School Board Association named Chris one of “20 to Watch” among American administrators. In 2001, Chris was honored by MOUSE as a Champion of Technology and Education for his work on building the portal at the Beacon School.

Chris received his B.A. in English Literature from the University of Pennsylvania and his M.A. in English Education from Teachers College, Columbia University. Chris is co-author of Building School 2.0: How to Create the Schools We Need, co-editor of What School Leaders Need to Know about Digital Technologies and Social Media, the author of the education blog Practical Theory and is father to Jakob and Theo who both go to SLA schools.

Building School 2.0: How to Create the Schools We Need

There is a growing desire to reexamine education and learning. Educators use the phrase "school 2.0" to think about what schools will look like in the future. Moving beyond a basic examination of using technology for classroom instruction, Building School 2.0: How to Create the Schools We Need is a larger discussion of how education, learning, and our physical school spaces can—and should—change because of the changing nature of our lives brought on by these technologies.

Well known for their work in creating Science Leadership Academy (SLA), a technology-rich, collaborative, learner-centric school in Philadelphia, founding principal Chris Lehmann and former SLA teacher Zac Chase are uniquely qualified to write about changing how we educate. The best strategies, they contend, enable networked learning that allows research, creativity, communication, and collaboration to help prepare students to be functional citizens within a modern society.

You and your students will fall for close reading. In Falling in Love with Close Reading, Christopher Lehman and Kate Roberts show us that it can be rigorous, meaningful, and joyous. You'll empower students to not only analyze texts but to admire the craft of a beloved book, study favorite songs and videogames, and challenge peers in evidence-based discussions.